WhatsApp is the go-to messaging app for its 1.5 billion users worldwide. Since its launch more than a decade ago, the social media giant has dominated mobile messaging. It has consistently innovated with the ever-changing needs of its customers who trust the app for their day-to-day interactions. In this era of growing privacy concerns, WhatsApp has ensured user data is safe through end-to-end encryption. The company makes the claim that even they don’t have access to the conversation of its users which goes a long way in instilling user confidence.

WhatsApp, because of their consistent, free, end-to-end encrypted messaging platform had grown to be so influential that in less than five years of its launch, Facebook acquired it for $19 billion. Although the messaging app has been relatively safe for its users already. It is being reported that it will become even more secure and the users can confidently exchange risqué photos and video without having to worry about their privacy concerns. The app is working on a new feature that will allow its users to send messages with expiring media that will disappear after a short time. The users won’t have the autonomy to fix the time of expiration of the shared photos and videos. They will just vanish on their one once the recipient has left the chat after opening the sent file. The vanished file won’t even leave a message notifying that the media that was sent has vanished; instead, it will just disappear without a trace.

Now the obvious question that everyone must be contemplating is whether WhatsApp too will notify the sender if the recipient takes a screenshot of the self-destructing media? As of now, it remains unclear since the Facebook-owned company has not made any official statements regarding the new feature. But if they do allow screenshots on the disappearing media, then they must inform the users about it, they will do their users a disservice by not informing them.
The time-bound expiring media feature can be complemented by another much-anticipated feature that WhatsApp has been debating over, namely expiring messages. It will also work the same way as expiring media and will allow users to send messages that will disappear after some time. But some files could’ve been saved before deletion in earlier models; hopefully WhatsApp will recognize the flaw and do something about it.

The expiring media is already available on the beta version of WhatsApp, but there is no clarification about when these features will also be available on the official app. The new features seem to be targeting the concerns of growing privacy issues. A few days ago, WhatsApp was also reported to be working on fingerprint authentication for WhatsApp Web as well. So, there is a good possibility that the recent developments in the company are done with an eye on the growing user dissatisfaction over misuse of private data. Whatever be the motivation behind the latest updates, WhatsApp is very serious about making the exchange of messages and media safer for its users, and it is doing everything it can to ensure that privacy concerns are addressed. 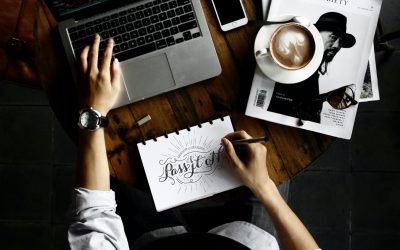 Benefits of Hiring a Designer For Your Digital Ads

By Author: Justin Taylor Digital ads design is tough. If you’re wanting to run some digital ads, you can’t afford to have bad design. There are so many ads...

What Is Included in Social Media Marketing Services?

By Author: Orchard Solutions Global With the latest advancements and innovations in technology, everything around us has changed and upgraded now. People now... 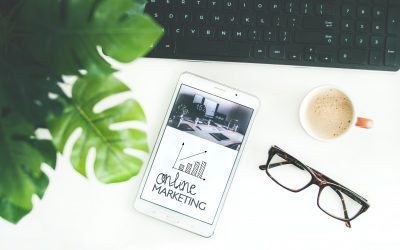 By Author: Vinod Mohite Social media marketing has evolved and developed to a large extent in the past few years and has been used by almost all big...