Why Facebook changed its name to Meta, according to a leading tech expert

The recent announcement that Facebook is changing its name to Meta might come as a surprise to many people. In this article, Alexa Greaves, CEO at AAG-IT.com provides an overview of the change, including why it happened and what it means for most people.

Firstly, it’s worth clarifying that before this week ‘Facebook’ was really the name for two things:

The name change refers to the parent company, which will now be known as ‘Meta’.

There are many reasons Meta has likely chosen to make this change now.

The cynical view is that this is part of a PR move to distance the parent company from the recent issues faced by ‘Facebook’ the social media platform. That’s probably only a small part of it.

The parent company owns dozens of smaller entities. Most famously Instagram and WhatsApp, but also many technologies that help Meta to improve data processing and provide ground-breaking virtual reality and augmented reality services.

The name change is unlikely to be a spur-of-the-moment decision or a knee-jerk reaction to some bad press. More likely it’s a way of making the parent company a distinct entity, free from the associations with the social media platform.

It gives a clearer picture in the eyes of the general public (and investors) that Facebook is just one part of Meta’s arsenal. It will make any future acquisitions in the tech space feel much more natural and sensible.

This mirrors the decision by ‘Google’ to rebrand as ‘Alphabet’, separating the parent company from the public image of the search engine.

What does it mean for me?

For the vast majority of people, the name change doesn’t mean anything. Facebook the social media platform is still called Facebook. It’s just owned by a company with a different name.

Meta is a very neat way of explaining how the parent company sees itself.

Many of the company’s recent acquisitions have been in the virtual/augmented reality space. The highest-profile purchase in recent years was Oculus, the VR gaming equipment.

In this way, Meta is reflecting that the parent company sits at a higher level than its assets. A company that owns and runs companies.

However, ‘meta’ also likely refers to the additional layer of experience which is provided by virtual and augmented reality technology. Mark Zuckerberg has suggested that this move is the first step towards his company creating a ‘Metaverse’ (where users can attend virtual concerts, virtual meetings, and more).

How successful ‘Meta’ will be in creating a ‘Metaverse’ will depend on adoption. Virtual reality is still a fringe technology, despite growing popularity. However, they are the best-placed company in the world to achieve the ambitious task.

← Creating a Digital Transformation Strategy for Your Supply Chain What is an e-commerce website? → 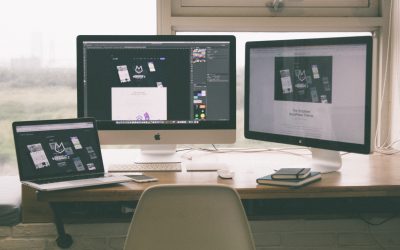 5 Essential Ways to Improve your Web Design in 2021

By Author: olivia cuthbert Can a visitor see what your business does within 5 seconds of entering your site? Can users easily navigate to your blog if... 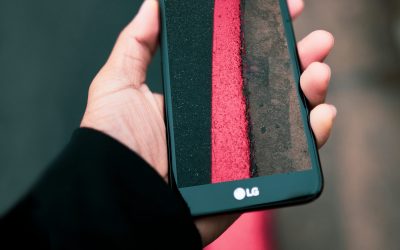 By Author: Elisa Wilson LG is one of the most reputed companies in the market that sell a variety of electronic products, including fridges, TV, washing...